The NEXT GENERATION INTERNET SUMMIT was held at the European Parliament in Brussels on June 6th and 7th 2017.

Organised by Atomium–European Institute for Science, Media and Democracy together with the European Commission and the European Parliament, Frankfurter Allgemeine Zeitung, El País, Elsevier, Il Sole 24Ore, Le Monde, Der Standard, Gazeta Wyborcza, Publico, Luxembourger Wort, La Libre Belgique, the summit followed the launch of a citizen engagement and communication campaign on The Next Generation Internet. The campaign, which was run by Atomium–EISMD media partners, aimed to be the largest public consultation on the future of the internet, involving both experts and citizens across Europe.

In the framework of the Digital Single Market Strategy, the European Commission launched its “Next Generation Internet Initiative” to drive the development of the internet for the benefit of companies and citizens via regulation, policy initiatives and funding programmes.

The Next Generation Internet Summit has contributed to build a strategy together with leading policy makers, renewed innovators, researchers and citizens to foster the development of the internet, as a powerful, open, data-driven, user-centric, interoperable platform ecosystem, for the benefit of companies and citizens.

The working sessions were:

1. New technologies for disrupting the economy: business, employment and skills

1. New technologies for disrupting the economy: business, employment and skills

The advent of the internet has radically changed the job market as well as industrial processes, and the pace of this change is increasing as new technologies develop and both organisations and individuals take them up, adjust them to their needs and scale them. E-commerce has become a key selling channel for both large and small companies worldwide, the sharing economy is already allowing citizens to monetise on both their expertise and their assets, whilst cyber-physical systems, AI, 3D printing, the Internet of things and cloud computing are radically changing production models for traditional industries as diverse as manufacturing, healthcare, energy management, transportation or agriculture. Whilst the potential of the web to foster entrepreneurship and self-entrepreneurship, and to radically improve efficiency, sustainability and competitiveness of both small and large enterprises is clear, several barriers need to be addressed, for instance in terms of interoperability, standardisation and security, both at technological and at legal and fiscal level. Similarly, if we want the “4th industrial revolution” to positively impact on citizens, we need to better understand the consequences of automation and the data economy on employment, as well as the impact of new forms of e-entrepreneurship on social security, so for example, as highlighted in a recent WEF report, 65% of students attending primary school today are likely to work in jobs that don’t yet exist by 2020, and in the meantime up to 7.1 million jobs could be lost, two thirds of which concentrated in routine white collar office functions. In this panel, top scientists, business innovators and policy-makers will look at how new technologies are changing the internet landscape, disrupting markets and industrial processes, and exchange on incentives and barriers to smart and inclusive growth.

The internet was originally designed as an open network, where “decentralised institutional, technical, and market power maximized freedom to operate and innovate at the expense of control” (European Commission, 2016).

Social media and the empowerment of citizens is one of the most notable developments here. Indeed, renewal of the democratic process through information and engagement has been the promise of social media. However, we have learnt that misinformation and manipulation can also stem from this tool. Confirmation bias and spreading of misinformation on social networks (including fake news) and group polarisation are some of the problems concerning policy makers and regulators in Europe, as well as technology and media companies. These problems must be tackled at technological/scientific level (e.g. through network theory that analyses the networks through which rumours and news spread) and at political/regulatory level. We will need novel policy options for the governance of social media. It is also becoming apparent that today a small number of “internet giants” are strongly influencing consumers’ and businesses’ choices and habits. Some of the consequences are limits to the net neutrality principle and to the democratic process itself. Furthermore, the concentration of users’ data in the hands of a few large companies or public organisations is also raising concerns in terms of privacy and security.

At the same time, examples of fruitful collaborations between large companies and open-source communities or start-ups are frequent, while new technologies are emerging which could support decentralisation of powers while also ensuring security and privacy. This is for instance the case with blockchain, which enables the exchange of not only information, but anything of value on the internet in a secure and transparent way, without the need for trusted intermediaries. These new technologies could open up new spaces for public and private actors to cooperate and co-produce with citizens for the common good. However, several barriers need to be addressed, for instance in terms of energy-efficiency, interoperability, standardisation and security, both at technological and at legal and fiscal level. In this panel, expert scientists, business innovators and policy-makers will look at past, current and future model of governance for an efficient and yet open and inclusive internet.

In the last decade, we have shifted from making content digital and available online, to completely new modalities of creating, exchanging, and sharing content online and offline. Most recently, the explosion of big data, cloud computing, the internet of things, Artificial Intelligence, and 3D printing – to name just a few – have on the one hand broadened the definition of “contents”, and on the other hand put a greater emphasis on the connections between the online and offline world. As experiments become fully-fledged products and services, and human beings and smart devices become increasingly interconnected, new opportunities and challenges emerge.

How do people and machines will interact in a future populated by mobile, hyperconnected objects? What new forms of production will be enabled by 3D printing? What should safety standards look like for self-driving cars or 3D printed food? How will ‘citizenships’ look or be defined in a world where it is no longer linked to physical residency? And how can technology help sharpening our senses rather than causing information overload? These are some of the questions that experts in this panel will try to address. 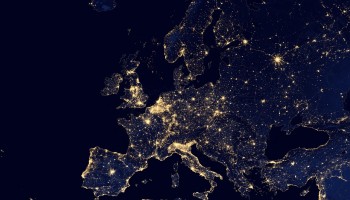 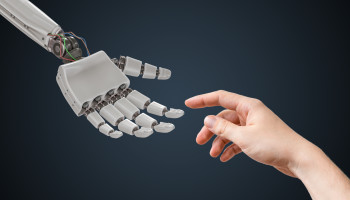 Presentation of the Report “On Good AI Governance” 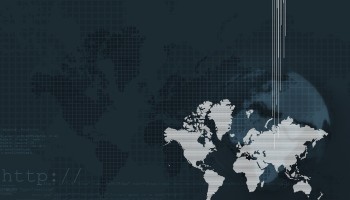