“The digital revolution is far more significant than the invention of writing or even of printing”. Douglas Engelbart, father to the computer mouse, the hypertext language as well as the first computer networks to become what we now know as the Internet, made this observation 50 years ago. Today we are still struggling to fully grasp the full impact of what is now known as “digital transformation”. This is a process not simply technological but foremost cultural and social. Download the Report

As recently noted by Oecd 1 , this transformation has been underway for decades but is now accelerating affecting all economic sectors. The most visible feature of this change is the development of almost universal connectivity and ubiquitous computing and drawing on the generation and utilization of vast amounts of data.

This transformation has positive impacts on productivity for many firms and sectors, but rarely has translated into stronger productivity growth at the economy-wide level and to widespread benefits across society. Larger impacts could result from efforts to foster a more wide-spread diffusion of digital technologies to all firms, notably to small and medium-sized enterprises (SMEs); greater investments in critical complementary assets such as firm-level skills, organisational change and process innovation; as well as support for further structural change to enable the growth of new business models and digitally-in- tensive businesses which are very needed for stimulating economic growth, employment and societal wellbeing in Europe.

However, the wide scope of these technological changes creates significant uncertainty about their future directions and impacts. Indeed, predictions about technological timelines are often inaccurate and overestimation of their short-run impacts is common. The list of transformative technologies in the digital area is long, but some of them have the potential to be particularly far-reaching, notably Big data and AI, the Internet of Things (IoT) and blockchain. These transformative technologies present some common features, notably their dependence on large data sets and a range of digital technologies. They also have a strong potential to improve the design, implementation and evaluation of public policies.

These technologies will also dramatically impact employment scenarios in the form of robots, artificial intelligence, and through strategies like customer self-service. According to the World Economic Forum 2 : “current trends could lead to a net employment impact of more than 5.1 million jobs lost to disruptive labor market changes over the period 2015–2020.” The Forum takes the view that 7.1 million jobs will be lost as a direct result of many innovations, with the majority of positions “concentrated in the office and administrative job family”.

On the societal front the development of an ever wider “infosphere 3 ” stimulated by social and new media and more generally the rise of cybersecurity threats both to individuals and organizations, are profoundly redefining the concept of privacy as well as our social structures as well as the way we interact individually and collectively.

Information and communication technologies have brought about a Fourth revolution in the long process of reassessment of humanity’s fundamental nature and role in the universe as we are not immobile, at the centre of the universe (Copernican revolution); we are not unnaturally distinct and different from the rest of the animal world (Darwinian revolution); and we are far from being entirely transparent to ourselves (Freudian revolution). ICTs are now making us realise that we are not disconnected agents, but informational organisms (inforgs), who share with other kinds of agents a global environment, ultimately made of information, the infosphere (Turing revolution).

Bridges Between Science and Society

In this context REIsearch’s last year of work has been dedicated to develop bridges between science and society and new spaces for increasing public awareness as it has become crystal clear to people that they live in an innovation society and that, at the same time, this innovation society is not always “for the best”. Indeed, the diffused malaise that has grasped politics across Western countries is inherently linked to a growing discontent and distrust with innovation that does not play in favour of the majority, and that people’s representatives lack the willingness or ability to reverse this course. Alarmingly, scientists, entrepreneurs, experts, and journalists have been clumped together with policy-makers into a category of self-referential and out-of-touch elites accused of representing their own private interests rather than public needs. The raise of social media, with the exponential growth in the quantity of information and sources available, the speed of news propagation and the formation of eco-chambers, has only accelerated and radicalised this phenomenon.

And of course, this is not just a matter of perception or misinformation. Rising inequality, decline of the middle class, reduced social mobility, and persistent unemployment are all real. Public opinion matters in a democratic society and such concerns are to be addressed swiftly. Decades of social investments to build people’s capabilities have made them an indispensable partner in the innovation process. If people don’t find a place in the innovation society where they can thrive, and don’t trust institutions to help them do so, then innovation will never really become an engine for collective prosperity. On the contrary, innovation might turn into a source of social unrest, unleashing violent reactions against the same people and institutions that are tasked to protect and empower them. Without public trust and citizen engagement, institutions lose both their purpose and power to handle the uncertainty and disruptive forces in a fast-changing and globalising world.

Bringing citizens and their organizations together with researchers and public institutions, building trust between these actors and fostering genuine debate and exchange of information as a basis for collective action and social progress has never been so important. This is the ambitious goal of project REIsearch.

REIsearch has tackled this challenge taking action on two levels as illustrated in this report to help assess and develop citizens’ digital skills Big data, analytics and AI; Social and New Media; Internet of Things Cybersecurity and Privacy.

The first is a renovated platform with new tools and functionalities allowing citizens to interact with highly qualified researchers and receive answers on topics of their interest in the area of computer science (this was selected as emerging as the most popular in across all online courses). This new functionality which required the development of dedicated software, has been coupled with new materials and video explanatory lectures on the four main areas detailed above.

The second line of action, consistent with REIsearch’s previous endeavours, has been a citizen and media engagement campaign on the same four areas. The campaign, running for three weeks from mid-October to the beginning of November 2018 in six languages (English, French, German, Italian, Portuguese and Spanish) saw 20 articles published in both on the paper and online editions of Atomium media partners (Der Standard, El País, Frankfurter Allgemeine Zeitung, Público, Il Sole24ore, Les Echos and Euroscientist) which account for a potential readership of 6 million and through a social media campaign reaching a potential target audience of over one million online users.

The present edition of the REIsearch campaign engaged more than 66.000 people on the new platform with more than 92.000 pages viewed (these figures were recorded at the beginning of November and continue to evolve upwards).

The “stickiness” of the new platform has also improved above expectations as 17% of users come back to the site (almost 20% above the set target). The gamified survey to evaluate one’s digital skills has been played by 26.000 users among which 12.000 (45%) completed the game in full. As above, these figures keep progressing indicating a growing interest from users.

As in previous editions the campaign helped circulate a survey which this year adopted a new gamified survey, the iNerd game, to stimulate engagement of respondents. As this report was going to press the survey collected complete answers from almost 12.000 users across the six language groups and remains active as users may play the quiz multiple times earning different badges in the four areas of expertise (Big data, analytics and AI; Social and New Media; Internet of Things Cybersecurity and Privacy) and share them through their social channels. Results of each session also prompt the user to explore the most appropriate contents on the REIsearch to develop his competences precisely in the area where he scores lowest.

Results from the survey, although too small to constitute a scientifically representative sample, are in line with previous data indicating a shortage of digital skills across Europe (less than 1 in 10 respondent is proficient enough to earn the “Nerd in Chief” badge, while more than 50% are Digital Mr. Beans) especially among women.

The most important indication from this data is the interest of applying a gamified approach and online tools to interact with citizens online and their applications to learning and skill development.

We hope this approach may be further developed in the future in Atomium and REIsearch’s work. 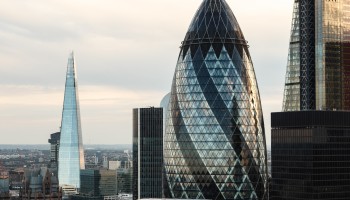