The third edition of the European Intersectoral Summit on Research and Innovation was held on the 25 – 26 September 2014 at the European Parliament in Brussels. Organised by Atomium – European Institute for Science, Media and Democracy together with the European Commission, Parliament and the Italian Presidency of the Council of Ministers of the EU, the 2014 edition assessed the relationship between science, media and democracy.

In 2010, the EU launched Europe 2020: a growth strategy for the EU for the coming decade. Europe 2020 placed research and innovation at the centre the European growth strategy dedicated one of the five flagship initiatives to innovation, the Innovation Union, as well as outlining a clear focus for the Digital Agenda for Europe and the research programme Horizon 2020.

Four years on and with both the Parliament and Commission set to change in 2014, it was timely to assess how Europe has progressed in relation to the objectives set and what are the key challenges and opportunities.

The III EISRI 2014 entitled Science, Media and Democracy focused on the importance of citizen-centred approaches to science and innovation in the European Union and was designed to create a unique opportunity for intersectoral and interdisciplinary discussion between leading stakeholders to:

 Create a debate at the level of heads of state and leading thinkers on the role of knowledge in the digital age reflecting the challenges and opportunities of the new media environment;
 Showcase global best practices and assess the most efficient ways how different stakeholders can contribute to this endeavour;
Support intersectoral dialogue with the public at large on these themes and engage the public through the participation and cooperation of the European newspapers engaged in Atomium – European Institute for Science, Media and Democracy; 
Present concrete solutions and recommendations on the discussed problems and challenges having in mind both short-term and long-term perspectives.
The European Intersectoral Summit on Research and Innovation is the first European meeting for research and innovation designed to bring together top political leaders from Europe and key representatives from media, businesses and research institutions.

The dedicated workshops were designed to reflect the key issues in this area and to promote “out of the box” thinking and participatory processes. 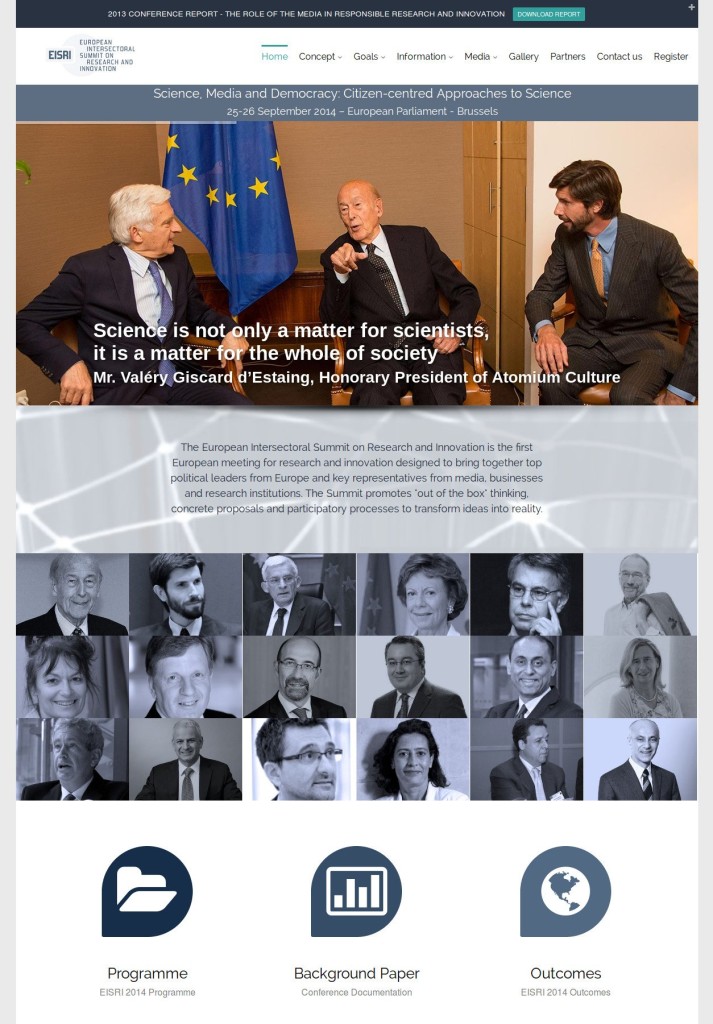 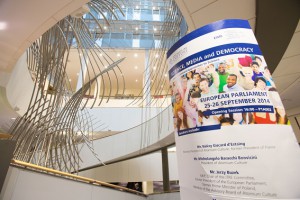