The European Intersectoral Summit on Research and Innovation is a European meeting organised by Atomium – European Institute for Science, Media and Democracy every eighteen months dedicated to research and innovation. It is designed to create a unique opportunity for intersectoral and interdisciplinary discussions between leading stakeholders to:

• Define the role of research and innovation in the development of a strong and competitive knowledge society;
• Discuss the relationship between science and society;
• Come up with concrete recommendations on what has to be done in the short terms at a European level to reach the long term objectives;

Brainstorm and discuss concrete activities that the institutions engaged in the Atomium – European Institute for Science, Media and Democracy can develop to support this process from the bottom-up.
Under the auspices of the Irish Presidency of the Council of the EU, Atomium – European Institute for Science, Media and Democracy held the second edition of the European Intersectoral Summit on Research and Innovation on the 25-26 February 2013. The Summit was organised with the participation of the Irish Ministry for Jobs, Enterprise and Innovation, Trinity College Dublin and the Irish Times.

The EISRI 2013 edition focussed on the influence of communication and media on Responsible Research and Innovation (RRI) and was designed to create a unique opportunity for intersectoral and interdisciplinary discussions.

The conference brought together leaders and key representatives of research institutions, businesses, media, NGOs, policy makers and professional science communicators to discuss and reflect on the relationship between science and society.

EISRI II presented high-level speakers including former heads of state and key representatives of the European institutions and national governments as well as leaders from leading research institutions, businesses and media. The dedicated workshops were designed to reflect the key issues in this area and to promote “out of the box” thinking and participatory processes.

The conference was held at Trinity College Dublin, Ireland, from February 25 to February 26 2013. 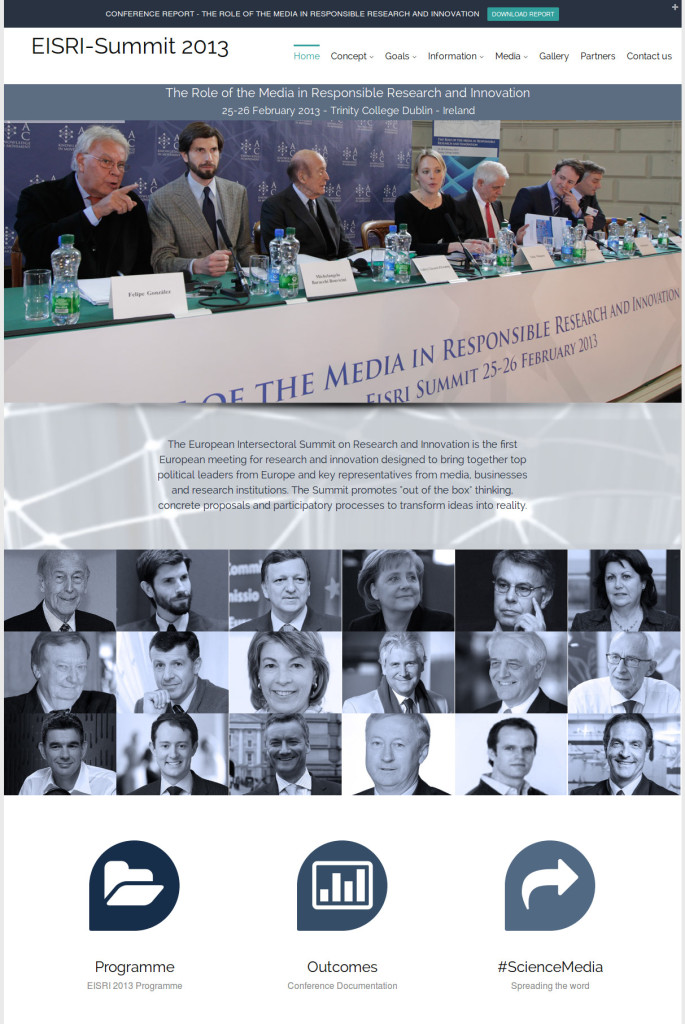 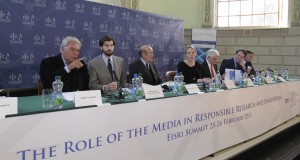