On November 7th, 2019, took place at the European Parliament the first ECAI High-Level Group (HLG) meeting to discuss and further develop the editorial content to be submitted to the public at large for the European Consultation on AI (ECAI).

The meeting, hosted by the MEP Theresa Griffin, was introduced by Atomium’s President Michelangelo Baracchi Bonvicini and Chaired by Robert Madelin, member of AI4People’s Scientific Committee.

Danny Van Roijen (COCIR), Coordinator of ECAI, presented to the members of ECAI HLG the draft of the content on AI Ethics and Governance as well as the first draft articles which will introduce the consultation – and its topics concerning AI – to the readers.

This was followed by a debate between the 10 members of the ECAI HLG.

Engaging citizens in this crucial debate – and collecting their opinions on one of the most relevant subject matters of our time – is an utmost priority in order to create policies considerate of the public’s opinion on AI, its Ethics and its Governance. Case studies from the Business Partners will also be included in this initiative, with the aim of bringing them to the attention of the public at large.

The results of this extensive and international public consultation will be presented in November 2020 by AI4People, with ECAI’s media partners, to the European Parliament and to the European Commission.

For more information on ECAI and the High-Level Group Members, see ECAI. 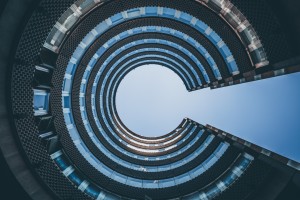