Report on European research and innovation for 2020

V. Giscard d’Estaing and M. Baracchi Bonvicini, Honorary President and President of Atomium – European Institute for Science, Media and Democracy., formally presented the Report on European research and innovation for 2020 to the President of the European Parliament J. Buzek and the Commissioner for Research Innovation and Science M. Geoghegan-Quinn. The report outlines the first vision shared by leading institutions of civil society engaged in this field –universities, newspapers and businesses, on research and innovation.

The Honorary President of Atomium – European Institute for Science, Media and Democracy V. Giscard d’Estaing underlined the importance of this bold and innovative initiative in light of the current European crisis exacerbated by the situation in Greece: “Research, Science and Innovation are not the issues that are most discussed in Europe today, but they are definitely the most important for our future”.

The President of Atomium – European Institute for Science, Media and Democracy M. Baracchi Bonvicini underlined the necessity of favouring the gradual change in mentality needed in Europe: towards research and its importance, towards the need of a stronger and more dynamic horizontal collaboration of the leading institutions of civil society at a European level without passing through the national governments.

The Commissioner for Research, Innovation and Science M. Geoghegan-Quinn discussed the importance of engaging the public at large, how the propositions of this report fit with the Europe 2020 strategy and the importance of acting NOW: “Innovation can no longer be the preserve of the elite, it is needed in all parts of society and it can no longer be limited to the laboratories or the factories. It must permeate any area of life, participation, inclusion and co-creation must be at the order of the day”.

An increased competitiveness of European research and universities was also called for by MEP Gunnar Hökmark who suggested a 5-step plan to support this.

The Director-General of DG Communication and member of the Advisory Board of Atomium – European Institute for Science, Media and Democracy Claus Sørensen underlined for the key role that communication has in creating the support for the transition into a knowledge society; concrete and direct ways how to link this to the political agenda will be crucial.

The importance of communication with society but also between private and public research was underlined by Dr Tony Van Osselaer, member of the Executive Board of Bayer Material Science.

The important role played by education and how governments can support this cause was developed by the Director General of International Relations of the Ministry of Education José Manuel Martinez Sierra, representative of the Spanish Presidency of the Council of the European Union.

The Executive Director of the Spanish Foundation of Science and Technology (FECYT) Lourdes Arana underlined the importance of action and public engagement.

Research and Innovation do stand at the core of a strong Europe and that this message needs to be re-launched, especially in light of the current crisis, bringing the debate not only to the level of Heads of State and Government but also to the awareness of the public at large.

Report on European research and innovation for 2020 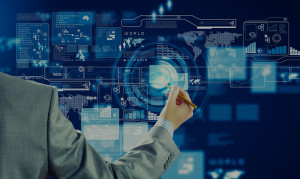